You may have heard that 1 in 6 kids in the U.S. doesn’t get enough to eat, but there’s always more to that story than we realize. Holden's family is one with a story that tells more than we can see.

Among other developmental challenges, Holden was born with a constricted esophagus that makes it hard for him to swallow and sometimes even dangerous for him to eat. In his four short years, he's had five surgeries, with every day uncertain if he'll need another.

Today, Holden could eat his breakfast and be fine, but tomorrow he may need emergency surgery after eating. For his mom, April, it can be a stressful existence that makes maintaining a stable home difficult.

“The hospital is an hour away,” April says, “so every time he needs surgery it means gas money to get there and get back. It means time that I can’t work. I've lost four jobs because of that.”

But April does her best to care for Holden and his siblings. After escaping with her children from a violent and abusive domestic situation, she became their sole provider and caretaker.

“I had nothing and left with just a basket and a book bag of clothes.” 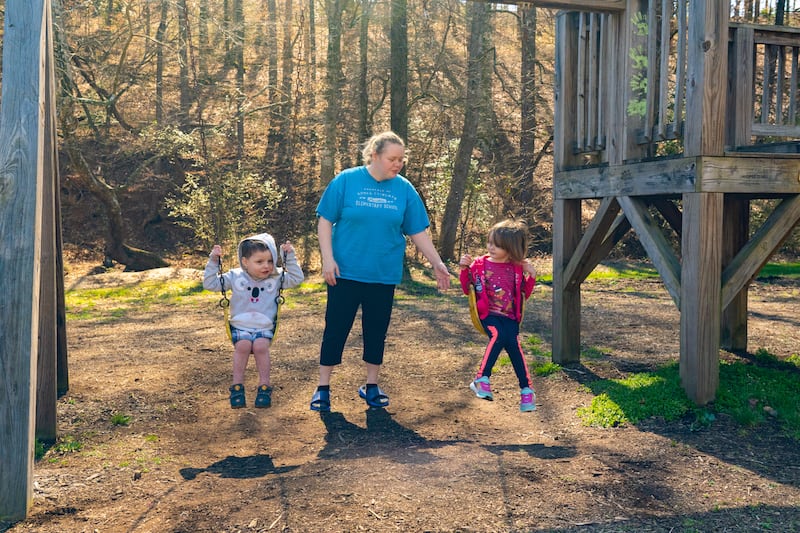 Thanks to the help of income-based housing and our local partner Anchor Ridge, she found an apartment quickly as well as somewhere to go for assistance so she could get the food and essential household items families and young children need. “It's tough to admit that you need help and get over that pride, or that ego, just because of the stigmas behind that. It kind of makes you feel like a failure,” she says.

Even though the worst is likely past, getting back on her feet means paying bills to keep a roof over her family's head, but that can leave little left over to stretch until payday. Living like that can make the kids anxious about when they will get their next meal.

We're incredibly proud to have kind, compassionate donors who help get food and essentials like bath soap, toilet paper, deodorant, and more to families like April's through the help of partners like Anchor Ridge. As we work together and all play different roles, we can make a big difference in the lives of hungry children in the U.S. and worldwide.

“People that give sometimes wonder where their donations are helping and how it is aiding somebody,” April says. “Every day, it's adding to mine and my kids' lives.”

USDA Announces $2B in Funding to Fight Hunger