Living Like Lincoln: Abraham Lincoln Impersonator Has a Heart for Children Experiencing Food-Insecurity 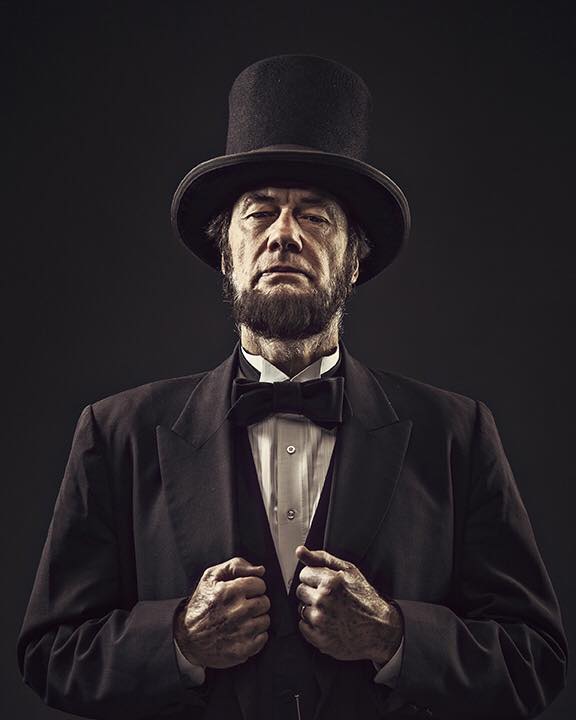 When Larry Elliott puts on his stovepipe hat, bow tie and frock coat, he knows he is honoring the legacy of a man who changed America forever. Elliott, an Abraham Lincoln impersonator, entered a Lincoln look-a-like contest in 2003 and was instantly captivated by his life and the impact he had on American history. Both standing at a striking 6 feet 4 inches tall and around 180 pounds, the physical resemblances aren’t the only similarities that bonds them together. Elliott, a Hodgenville native as well, played in the Town Square as a young boy just as Lincoln may have done himself. One of the strongest connections they share is a belief that the American people, especially the nation’s underserved populations, should come first.

Elliott is a dedicated supporter and donor of Feed the Children, an international nonprofit focused on alleviating childhood hunger. With a strong desire to take care of vulnerable children and families, Elliott knows all too well the hardship many low-income U.S. citizens face.

“I grew up not having two nickels to rub together,” said Elliott. “My family lived on peanut butter that was paid for by government food stamps. Because of my experience growing up, my wife and I have a huge heart for children and families who are struggling with homelessness.” In the U.S., one in seven children live in food insecure households, and one in 10 young adults aged 18-25 has experienced a form of homelessness over a 12-month period. Together with Feed the Children, Elliott wants to tackle the important issue of hunger within his community and around the world. Since he started giving to Feed the Children in 1997, many kids have received the much-needed food and essentials they require for success in their daily lives.

“It is very dear to my heart to give back to our community because we have been given so much,” he said. “It's pretty simple to me. Take care of our nation’s children. As humans we came in with nothing, and we’ll go out with nothing. Why not spend as much as you can to help others while you're still living?”

After a successful 30-year career in the insurance industry, Elliott loves being able to give back to his local community alongside his wife Mary – yes, she shares the same name as president Lincoln’s wife. The pair visits as many as a hundred schools a year, teaching a robust curriculum on the history of Lincoln’s era and the Civil War. Mary and Larry choose every day to educate and provide children with hope for the future. And, in addition to all the support the Elliott’s have been giving Feed the Children all these years, they’ve generously planned to leave Feed the Children their estate to fight childhood hunger – a legacy that will live on long after they’ve gone.

These everyday heroes live by the same principles of Abraham Lincoln, and many other American presidents who came before and after him: “There’s no guarantee that we’ll all live to see tomorrow, but we can control how much we give today. You don’t want to question, ‘did I give enough to those who need help.’” Visit feedthechildren.org to learn more about the work Feed the Children is doing to meet the needs of children and families across the U.S. and around the world.

Responding to Crisis in Ukraine: Teleperformance, HOPE worldwide and Feed the Children Join Forces to Help the Hurting

Serving Those Who Serve Our Nation: Feed the Children Launches Military Family Fund

A Strong Family Has a Strong Foundation: Taking Time to Honor Moms this Mother’s Day