11.3% or 805 million of the world's population is hungry. Almost 1 in every 15 children in developing countries dies before the age of 5, most of them from hunger-related causes. However, the world produces enough food to feed all 7 billion people -- making hunger 100% unnecessary

What You Can Do

Donate $15 to provide a year's worth of nutritious school meals to a child in one of our 10 partner countries.

Make a one-time donation that will provide food to families for a #zerohunger world.

The world produces enough food to feed all 7 billion people, but those who go hungry either do not have land to grow food or money to purchase it.

Poverty is the principal cause of hunger. The causes of poverty include poor people's lack of resources, an extremely unequal income distribution in the world and within specific countries, conflict, and hunger itself.

Over a quarter of the world's undernourished people live in Sub-Saharan Africa. Almost 1 in 4 people in this region is chronically hungry.

Women and girls make up 60 percent of the world’s hungry.

Nearly half of all deaths in children under 5 are attributable to under-nutrition. This translates into the unnecessary loss of about 3 million young lives a year.

Access to healthy and affordable food options is one of the biggest challenges facing food-insecure people all over the world. That is why it's so important to help promote sustainable nutrition. In our partner countries, we are teaching communities how to adopt diversified food sources, empowering them to grow gardens that will feed their families and pass their knowledge to future generations. Our goal is to help build healthy communities that thrive. 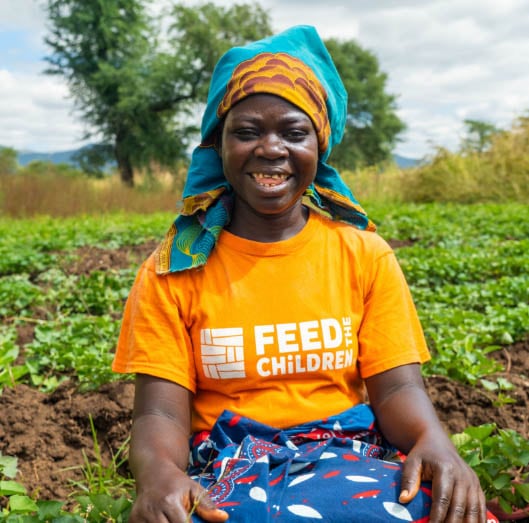 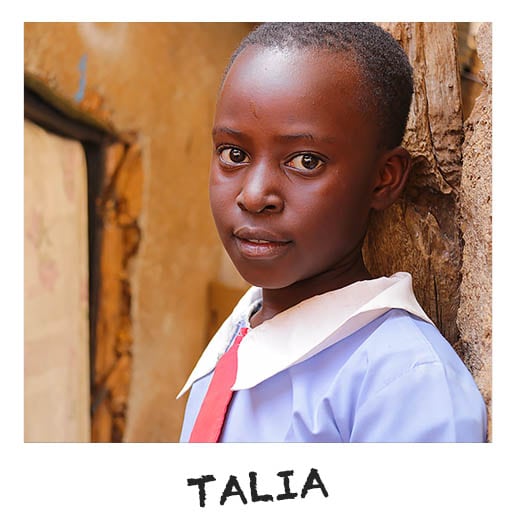 Nairobi’s Kibera slum is the largest and most notorious urban slums in Africa. The crime and unemployment rates are high, and clean water is very scarce. Most of its residents subsist on less than one dollar per day and live in makeshift, single-room houses packed densely together.


Nine-year-old Talia lives with both of her parents and two siblings in a house like that. They often used to have to go to bed without eating, sometimes for several days, and Talia would cry, much to her mother’s distress. Things began to change for the better when she joined Woodley Nazarene Primary school where Feed the Children has been active since 2014.


There, Talia and kids like her can depend on the school’s feeding program, a tank that provides clean drinking water, and donations of TOMS shoes that help keep them healthy as they walk through Kibera’s dirty streets. Talia—a good student who loves math and wants to be a teacher when she grows up—now enjoys school so much that she often goes there on weekends. 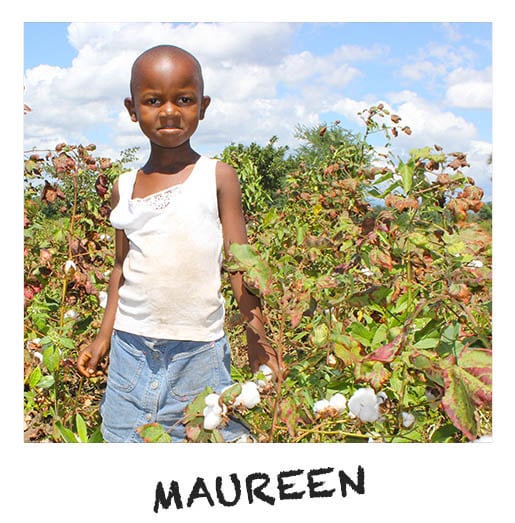 When Maureen was one-and-a-half years old, she lost so much weight from malnourishment that her mother Dina was terrified her only child was dying. At that time, low yields from the family’s crops meant they often went days without a proper meal, and caring for her daughter kept Dina from taking on extra work to make ends meet. It was hard to know what to do.


Fortunately, Maureen is now a thriving three-year-old who receives a vitamin-rich meal, supplied by Feed the Children, every day at the village’s community childcare center. She has recovered well from malnutrition, and when Dina joined the Village Savings and Loan (VSL) program it allowed her and others in Makwale village to get back on their feet and plan for the future.


Maureen and her family now enjoy three meals a day. The fertilizer, high- yield maize, and rice they invest in not only produce enough of a harvest to feed them, but they’ve been able to sell the surplus, buy new clothes, and feed a few relatives as well. 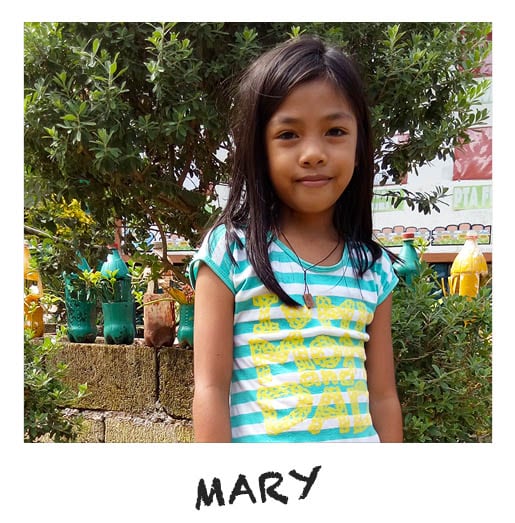 Mary Chriss is a vibrant and outgoing third-grader at the Ubojan Elementary School—in the municipality of Tubigon, Bohol—whose class leadership her teachers find remarkable. But since her father’s work as a welder can be inconsistent, her family has struggled to pay for basic expenses. Mary Chriss often reused old notebooks for her school work, writing in whatever cramped, empty spaces she could find.


School supplies from Feed the Children changed this situation. Even better, these supplies, along with shoes and other donated resources, opened up enough room in the family budget for her parents to join a community savings group and set money aside for leaner times.


Feed the Children also helped renovate Ubojan Elementary after it was severely damaged by an earthquake. Doing so set an example for its students that education is something to be valued, and now kids are more eager to go to school and more focused on their studies, contributing to the kind of learning environment where students like Mary Chriss can thrive. 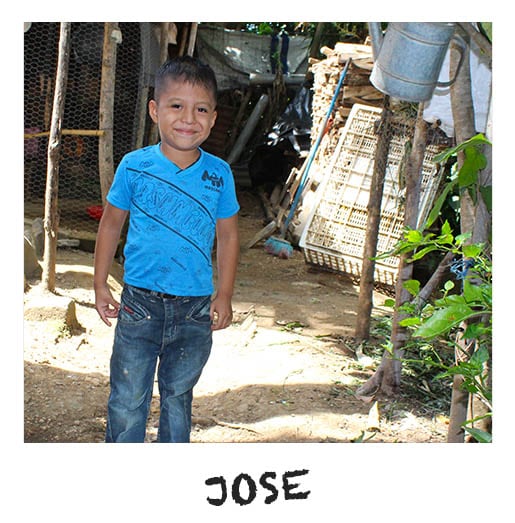 Jose’s father works as a farmer and his mother as a housekeeper, but neither occupation is steady enough to provide a consistent income. The family’s water and electric services are also sporadic in the town of Palin, so they often retrieve water from the river for bathing. For breakfast as well as dinner, they can’t afford much more than tortillas and beans.


That diet isn’t enough for a developing child, especially an energetic five-year-old like Jose who, as he’ll tell you, would like nothing more than to play soccer all day long with his friends. Fortunately, Jose can always count on a hot and delicious meal packed five days a week provided at Feed the Children’s meal center in Palin.


These wholesome meals, prepared by volunteer mothers, are fortified with vitamins and minerals that let Jose along with over a hundred other children in the community enjoy normal growth and development, not to mention better concentration at school. Jose is happy to be in kindergarten now and is excited that he’s learning to read and write. 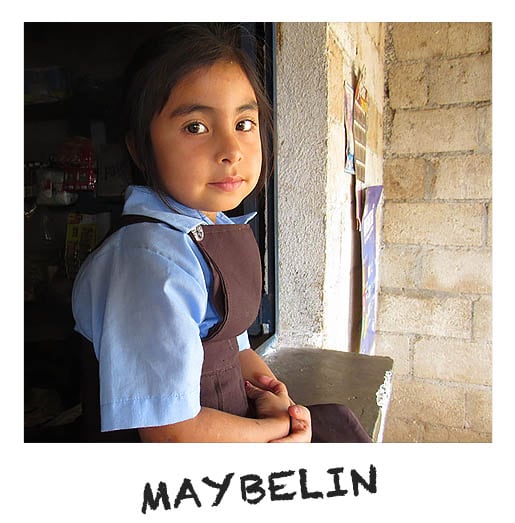 “El Bejucal has always been a poor and forgotten community” says Maybelin’s mother. The remote mountain town where they live offers few opportunities, so it’s tough to make ends meet—even during the 02 squash harvest, which Maybelin’s father has worked ever since he could carry a hoe.


Nevertheless, Maybelin is a playful five-year-old, a little shy, who can often be found skipping rope outside her family’s house, cleaning beans for dinner, or doing her homework under a tree. She says that going to school is her favorite part of her day. There, her creativity blossoms with each passing week as she draws and paints.


For Maybelin and other kids in El Bejucal, the food and school supplies Feed the Children provides go a long way. But the consistency of these benefits and others, like deworming medication, has complemented efforts like redesigning the school’s kitchen to foster a sense of improvement through working together that the whole community can see and feel. 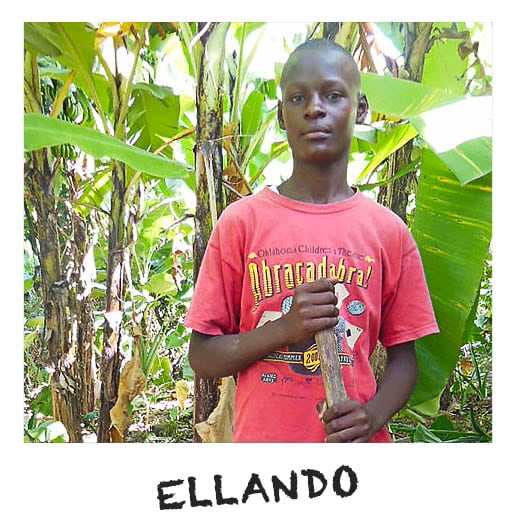 Despite being surrounded by a beautiful forest, life in the village of Sou Grand-mas—deep in the interior of Dufresney—can be tough. A lack of infrastructure means few roads are accessible, so there’s little motivation to sell goods away from home, intensifying the area’s economic isolation.


But thirteen-year-old Ellando is a tireless worker, and his parents can depend on him. Before Feed the Children completed construction of eight water fountains that give access to clean water for over 14,000 people in Dufresney, he had to walk miles to fetch it for his mother. He loves working with his father, assisting him both as a farmer and a carpenter.


He remembers with pride the time he planted fruit trees with Feed the Children, a project he believes helped his community in ways similar to how the organization has improved children’s lives by supporting area schools as well as teaching, via its Care Group model, elements of health, hygiene, and nutrition to kids and adults alike—especially young mothers.


Now, Ellando wants to grow up to be an agronomist to help the Dufresney community move forward in agriculture. Whatever his hometown may lack, he’s interested in planting seeds for its future. 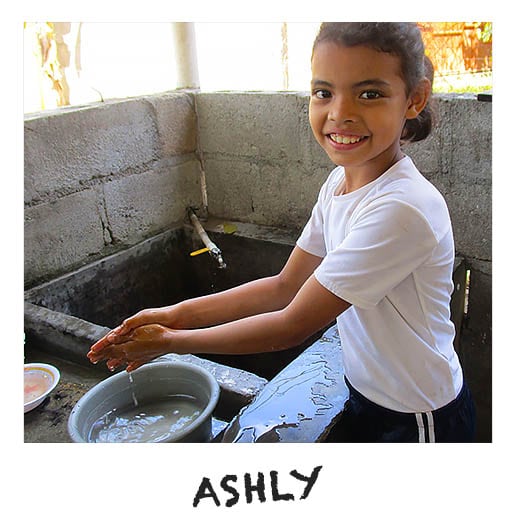 Unfortunately, ten-year-old Ashly already knows something about the violence that runs rampant in her country. When her mother emigrated to Mexico after receiving death threats from local gangs, Ashly went to stay with her grandmother in the safer community of Callejones.


There, they wake up at five in the morning to drink coffee together and listen to the rooks and thrushes singing. Ashly’s grandmother bakes bread that she sells twice a week, but the proceeds are far from enough to pay for the needs of her growing fifth-grader. Fortunately, Feed the Children has been active in Callejones since 2014.


Donations of shoes and school supplies ensure that kids like Ashly can pursue an education, and a group of community mothers, who receive food and training in nutrition, has been organized to coordinate feeding Callejones’ children. Further training in prenatal care, water purification, vitamins, and good hygiene practices are building an environment where kids can develop and thrive. 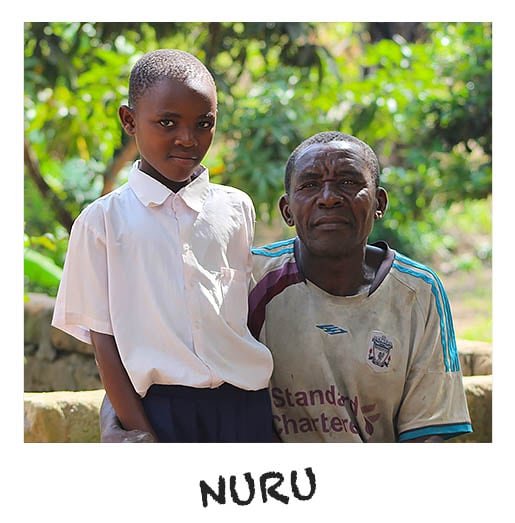 Having lost her father several years ago, ten-year-old Nuru lives with her grandparents and several younger brothers and sisters in a two- room mud house in Kisarawe, on the outskirts of Dares Salaam. She’s often the only one who can take care of the younger children as her grandmother tends their small subsistence crop and her grandfather cultivates charcoal to sell.


These efforts keep food on the family’s table for one, maybe two meals a day, but school expenses like uniforms, examination fees, and school supplies would be out of reach if it weren’t for Feed the Children’s support of Mbisu Primary school. There, Nuru benefits from a mid-morning meal, donated school supplies and text books, and two pairs of shoes each year.


Nuru attributes not being hungry during the school day to her recent success on an examination on which she received the highest score out of 73 students. She now wants to be a doctor. 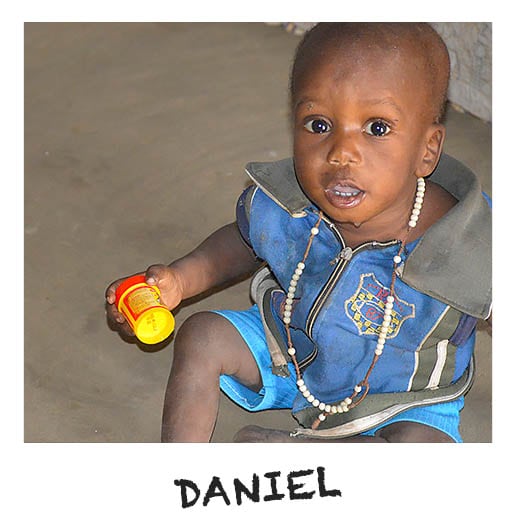 Only one year old, little Daniel lives with his parents and siblings in the dusty rural village of Jengtong in the Gulu district of Northern Uganda. Unfortunately for its inhabitants, infertile soil and a long dry season mean regularly low crop yields that contribute to widespread malnourishment.


Before Feed the Children started its feeding program at the village health center, Daniel was often sick and very weak. His mother said he sometimes even lacked the strength to breastfeed. But once he started receiving a nutritious porridge blend twice a day, his health improved, and he started gaining weight. He’s now on his way to recovery—a happy child who cries less, sleeps better, and enjoys playing with his family and toys.


For kids like Daniel, life around Jengtong is changing for the better. Feed the Children continues to fight malnutrition and stunting in the area, and knowledge about nutrition, hygiene, and healthy child care is spreading throughout the community via the Care Group model.

DONATE $15 TO PROVIDE A YEAR'S WORTH OF SCHOOL MEALS
OR MAKE A DIFFERENCE BY SPONSORING A CHILD.

Feed the Children works in America and 10 countries across the globe to end hunger, while creating initiatives to empower communities and help children thrive. Share the important message of global hunger with us for World Food Day.