The Science of Giving Back: How Having A Purpose Is Good for Body and Brain 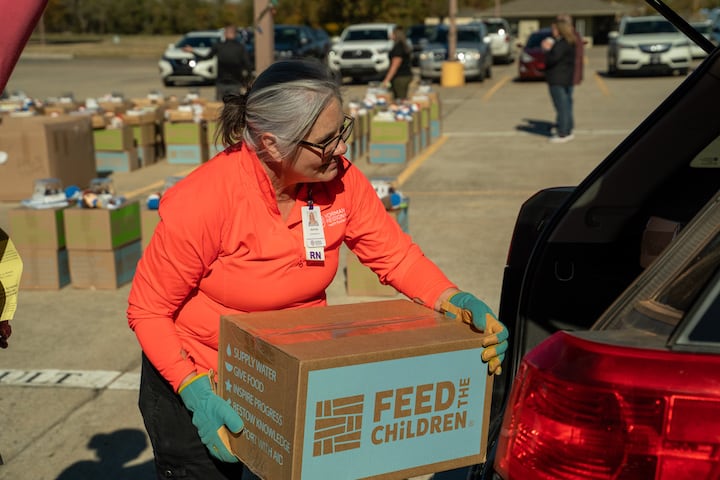 Most philosophies and religions, not to mention common sense, include a strong belief in giving back to the world. Not only does it have the obvious benefit of helping others, but it’s apparently one of the most therapeutic things we can do for ourselves. Mahatma Gandhi is quoted as saying, “The best way to find yourself is to lose yourself in the service of others.” Even MassMutual’s new ad campaign proclaims, “Our happiness is gained through others.” There’s definitely something to all of this. A new study from Northwestern, for example, finds that people who have a purpose in life have an unwitting benefit: They sleep better at night. But lots of previous research has confirmed that having a purpose outside yourself is good not only for your mental health, it’s also good for your physical health, longevity and even your genes.

Here’s a bit about the new study. The team asked older people to fill out questionnaires that got at their level of purpose and meaning in life—for instance, they rated sentiments like "I feel good when I think of what I've done in the past and what I hope to do in the future.” They were also asked about their sleep quality, and sleep-related health problems. It turned out that those with meaning in life slept a lot better at night: They were 63% less likely to report sleep apnea, 52% less likely to have restless leg syndrome, and had moderately better sleep quality overall.

"Helping people cultivate a purpose in life could be an effective drug-free strategy to improve sleep quality, particularly for a population that is facing more insomnia," said senior author Jason Ong in a news release. "Purpose in life is something that can be cultivated and enhanced through mindfulness therapies."

Or it can be cultivated simply by thinking about what’s important to you—what problem you’d like to be a small part of helping solve, or what volunteer opportunities are available to you.

But this is just one of many studies that have explored how meaning in life affects us, both physically and mentally. A study last year found that having purpose in life was linked to some measurable cognitive benefits in people who were in their 30s up through their 80s. The participants rated how much they agreed with statements such as “I live life one day at a time and don’t really think about the future” and “Some people wander aimlessly through life, but I am not one of them.” They also took tests of memory, executive function and cognitive function. Those with a greater sense of purpose, no matter what age or education level, scored better on these measures than people with less purpose.

The year before, the same group had found that having a purpose in life served much younger people well, too. The team measured teens’ senses of purpose in life by having them rate how much they agree or disagree with phrases like “My plans for the future match with my true interests and values.” When the team correlated this measure to different outcomes, they found that purpose in life predicted greater positive self-image, less delinquency and better transitioning into adulthood. And interestingly, this was all unrelated to the Big Five personality traits (openness, conscientiousness, extroversion, agreeableness and neuroticism). This suggests that the benefits of having a purpose in life run across personality types, which is a pretty powerful effect.

Having a purpose in life is also linked to having a longer life, according to a large study in The Lancet a few years ago. Different measures of well-being were studied, but of interest was eudemonic well-being, which is the kind that comes from having purpose and meaning in life (vs. hedonic, which comes more from fun experiences—more on this below). Here, it was assessed by asking questions about a person’s sense of autonomy, control, purpose in life and self-realization. The team divided the participants into quartiles based on their eudemonic well-being score and correlated this with mortality over the next eight and a half years. Of the people in the lowest quartile, 29% died, versus 17.5% of those in the second quartile, 13.4% in the third quartile, and 9.3% in the highest quartile. Another way of looking at this is that people with the greatest sense of purpose had a 58% reduced risk of death, compared to people with the least. After the team adjusted for things like wealth, smoking and physical activity, the risk reduction fell to 30%, but this is still a pretty substantial effect.

“What this study tells us,” said UCLA researcher Steven Cole in a statement, “is that doing good and feeling good have very different effects on the human genome, even though they generate similar levels of positive emotion. Apparently, the human genome is much more sensitive to different ways of achieving happiness than are conscious minds."

Why might having a life purpose lead to all these health benefits? For one, it takes the focus off us, which seems to be health-giving in more ways than one. Much of our mental anguish, stress and depression is linked to rumination and worry-based, self-referential thoughts. Transferring your focus from yourself to another might work to quiet worry and distress about one’s own plight, much in the same way that meditation is known to quiet activity in the “me-centers” of the brain (it's also linked to better brain function, less depression and improved immune function). But more work will be needed to suss out all the mechanisms behind the connection between life purpose and health.

So, finding a purpose might be a smart move—or, if you can’t figure that out yet, do a random good deed for a person or a cause, and see how it makes you feel. Ancient wisdom and modern science seem to agree: Being part of something larger might be one of the best things we can do, both for others and ourselves.