What kids around the world eat for breakfast 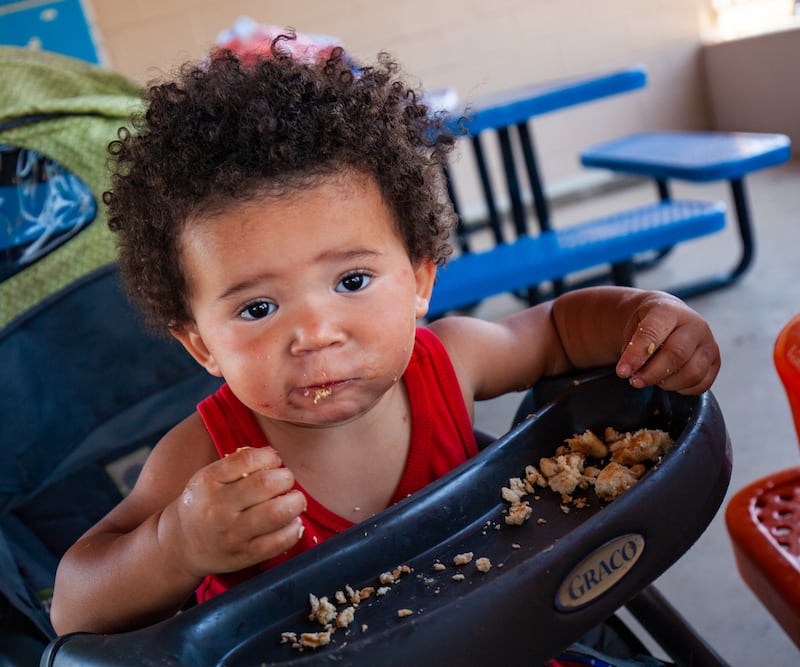 Americans tend to lack imagination when it comes to breakfast. The vast majority of us, surveys say, start our days with cold cereal — and those of us with children are more likely to buy the kinds with the most sugar. Children all over the world eat cornflakes and drink chocolate milk, of course, but in many places, they also eat things that would strike the average American palate as strange, or worse.

Breakfast for a child in Burkina Faso, for example, might well include millet-seed porridge; in Japan, rice and a putrid soybean goop known as natto; in Jamaica, a mush of plantains or peanuts or cornmeal; in New Zealand, toast covered with Vegemite, a salty paste made of brewer’s yeast; and in China, jook, a rice gruel topped with pickled tofu, strings of dried meat or egg. In Cuba, Brazil and elsewhere in Latin America, it is not uncommon to find very young children sipping coffee with milk in the mornings. In Pakistan, kids often take their milk with Rooh Afza, a bright red syrup made from fruits, flowers and herbs. Swedish filmjolk is one of dozens of iterations of soured milk found on breakfast tables across Europe, Asia, the Middle East and Africa.

To sample the extensive smorgasbord that still constitutes breakfast around the world, Hannah Whitaker (photographs below taken by Hannah) recently visited with families in seven countries, photographing some of their youngest eaters as they sat down in front of the first meal of the day. 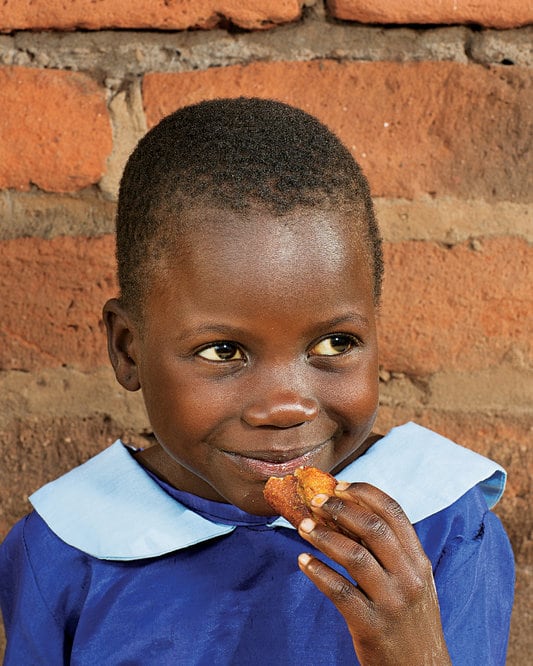 Emily lives with her grandmother Ethel on the outskirts of Lilongwe, Malawi’s capital. Because Ethel works in another family’s home — doing cleaning, cooking and childcare — her extended family of nine rises before 6 a.m. to eat breakfast together before they disperse to work and school. Here, Emily is eating cornmeal porridge called phala with soy and groundnut flour; deep-fried fritters made of cornmeal, onions, garlic and chiles, along with boiled sweet potato and pumpkin; and a dark red juice made from dried hibiscus flowers and sugar. (She is fortunate; half of the children in Malawi are chronically malnourished.) When she can, Emily likes to drink sweet black tea in the mornings, a common beverage for Malawian children. 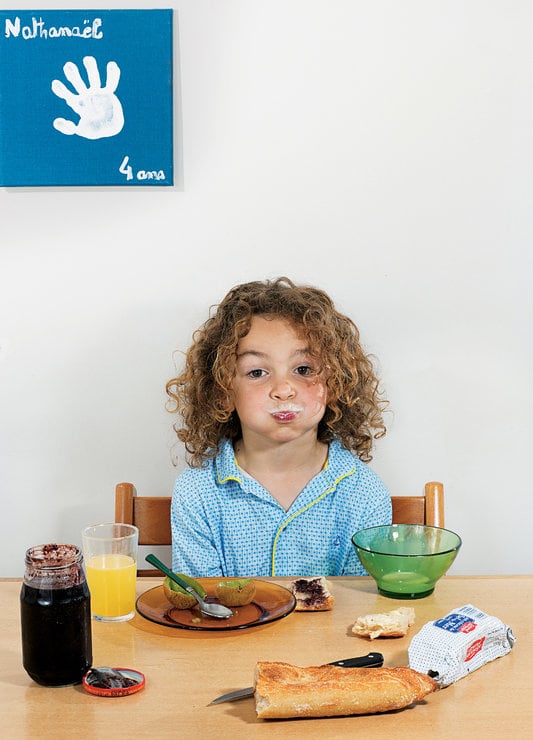 Whenever Nathanaël stays at his father’s house, his weekday breakfast is the same. It consists of a single kiwi; tartine, an open-faced baguette with butter and blackberry jam made by his grandparents; cold cereal with milk; and freshly squeezed orange juice. (He would prefer crepes and hot chocolate, which many French children gulp down from bowls and into which they dunk their morning tartine. But Nathanaël’s father, Cédric, is health-conscious.) On weekends, Nathanaël eats croissants for breakfast and also makes his own desserts, a passion inherited from his grandfather, a pâtissier. 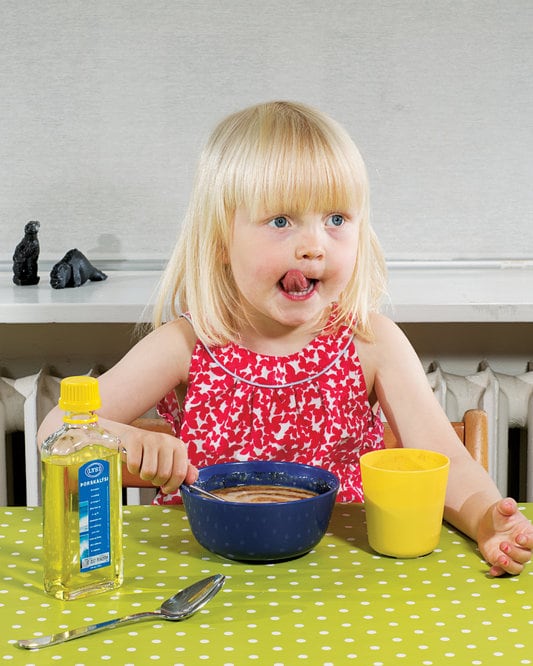 Birta’s oatmeal porridge is called hafragrautur, a staple breakfast in Iceland. The oatmeal is cooked in water or milk and often served with brown sugar, maple syrup, butter, fruit or surmjolk (sour milk). Birta also takes a swig of lysi, or cod-liver oil. For part of the year, when the sun barely clears Iceland’s horizon, sunlight is a poor source of vitamin D — but the vitamin is plentiful in fish oils. (The word lysi is related to the Icelandic verb lysa, meaning ‘‘illuminate.’’) Birta’s mother, Svana, started giving her four children lysi when each was about 6 months, and now all of them gulp it down without complaint. Many day-care centers and preschools in Iceland dispense cod-liver oil as a regular part of the morning routine. 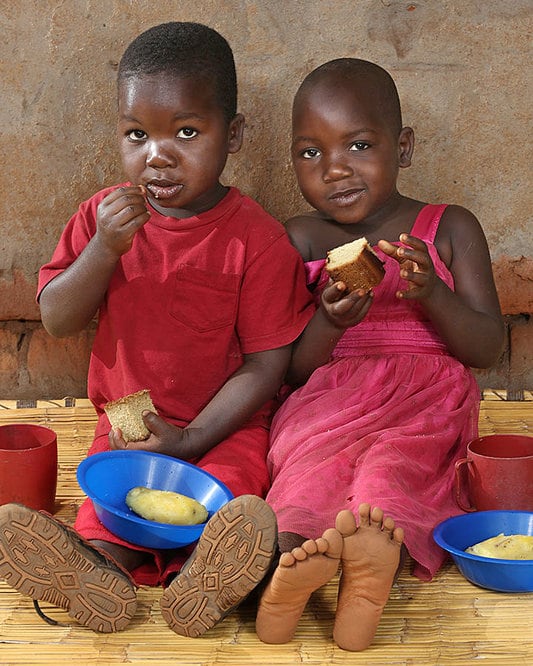 Phillip and his twin sister, Shelleen, start their day with a sweet, cornbread-like cake called chikondamoyo, which their grandmother, Dorothy Madise, cooks in an aluminum pot over a fire. Breakfast for the twins and their older siblings also includes boiled potatoes and black tea with a heaping spoonful or two of sugar.