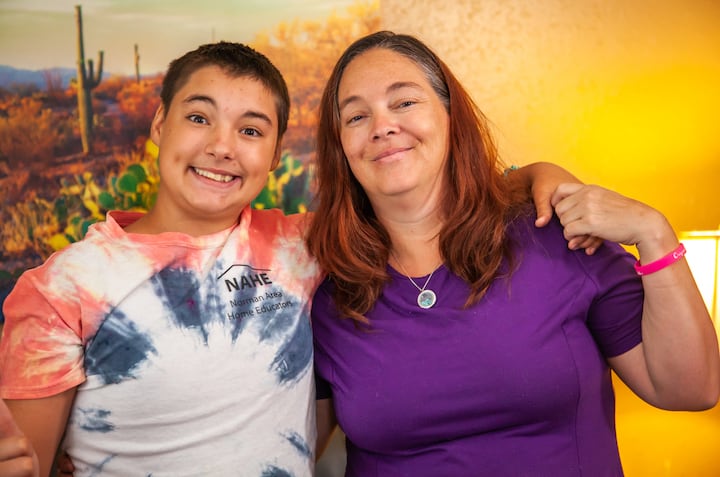 Originally written by Sasha Kirsch, expert with The American Institute of Stress

Teenagers are constantly growing and continually active. Proper nutrition is vital to maintaining their body’s growth and development.

​When you think of a classic teenager’s meal, what comes to mind? Pizza, maybe? Burgers? Any and all fast/junk food? Most people think this is fine because they are young, and they will work it off. At what age does eating junk food for every meal become wrong? The answer to that question should​ be from square one. Not that the occasional burger is​ bad but living an active life as most teenagers do require proper nutrition in order to fuel their bodies. The age that most people think it is acceptable to eat whatever you want is the exact time that proper nutrition is most important.

Many people do not address the growing problem of malnutrition in teenagers. The CDC has reported that 20.6% of children aged 12-19 within the US are obese.  Another three-fourths of the US population is reported to not get the proper amounts of vegetables, fruits, dairy, and healthy oils (ODPHP). The lack of macronutrients and other essential substances our bodies need can leave teenagers feeling fatigued and unmotivated, it can also lead to serious health disorders such as irregular menstruation in females, obesity, hypothermia, anaemia, and many other damaging disorders. ​​ Let us start by establishing what the problem is and why these things must be prioritized, especially from a young age. The way a teenager eats can affect their mood, energy levels, skin, hormones, and many other things. Getting the proper nutrients can create a much better life for everybody around them along with the teenager’s health now and in their future.

Having the proper amount of protein, fruit, and vegetables in a teenager’s diet is vital to getting proper nutrients in their body which helps them grow and feel more energized. Foods such as Greek yogurt, nuts, lean meats, poultry, fish, low-fat string cheese, quinoa, and leafy greens are just a few examples of nutrient-dense foods that are important in a healthy, balanced diet. Calcium is more important than ever during the tween and teen years because the​ majority of bone mass is built​ during this time (“Healthy Children”).

Iron (which is found in red meat, fish, poultry, dark chocolate, beans, and many other​ things) for growing females is very important because it helps normalize their hormones and makes up for what is lost during their menstrual period.

Water intake is something that is often overlooked but is particularly important. Being properly hydrated helps your body function at its best. ​  “Water helps keep your body’s temperature stable, it carries nutrients and oxygen to​ cells, cushions joints, protects organs and tissues and removes wastes” (“Healthy Kids”).

Pleasure food in moderation is completely normal and should not be looked down on.

When many people go on a diet, they entirely restrict themselves from a certain type of​ food. As a growing kid, every food group is important (unless they have an intolerance) whether it be carbs, protein, fats, or anything else. Growing children should not have to restrict their diets or stress about their meals but​ instead, just add healthy habits to their lifestyles.

Now that we know the dangers of not having the proper nutrition, let’s​ talk about why most people have such little knowledge on such an important topic. The required one semester of health class in high school covers a minuscule amount of information regarding nutrition and does not highlight its true importance. This leads to children finding most of their information on social media platforms such as Instagram or Tik Tok which can eventually lead to an unhealthy eating disorder.

Health class is often known as a “blow-off” class to most kids and is only taken because it is a requirement. Nutrition is just one topic among nine others required to be taught in health class (“Ten​    Topics Covered”). Diet culture seen on social media platforms gives teenagers and younger kids an unrealistic idea of what their bodies should look like. (Meda)

Supermodel bodies should not be normalized. This idea of the perfect body leads​ teenagers to eat under 1000 calories a day which can be super harmful to their growing bodies.

A separate nutrition class should be required in public schools in order to provide proper information to teenagers which can help prevent them from listening to the unhealthy information seen online.  Nutrition is too broad and too important to be taught within a semester course which is​ also required to address multiple other topics.

How to live a healthy lifestyle no matter what someone’s schedule looks like.

One of the main reasons most kids eat so badly is because of convenience. Fast food is much faster, more accessible, and thought to be cheaper than going home and making a healthy meal, but there are many ways to fit healthy habits into a teenager’s fast-paced, everyday life. Gradually increase your intake of nutrient-dense foods such as fruits and vegetables.  Many kids do not even eat a full serving of vegetables a day. Vegetables contain vital​ nutrients and minerals and can be easily slipped into almost any meal and disguised by other food (because many kids dislike the taste). For example, putting riced cauliflower or spinach in a smoothie along with fruit and anything else provides a serving of vegetables that have no taste.

Attempt to have a protein source with every meal. ​ Replace processed, unhealthy sides and snacks with nutrient-dense foods like fruit or​ vegetables.  Most teenagers intake a large number of calories and sugar every day without even realizing it. Avoiding sugary drinks such as soda or energy drinks and replacing those with​ zero/diet/sugar-free alternatives or tea can easily subtract hundreds of calories and dozens of grams of sugar.  Small changes such as whole wheat bread instead of white bread, grilled food instead​ of fried, and veggies or fruit instead of high-calorie sides Eating meals, you made at home is overall, on average much cheaper than buying fast food every day. An average fast food meal costs $5-$7, eating at home averages $1.30-$3 per meal​  (“Savings Experiment”).

Having knowledge of proper nutrition is especially important from a young age and​ should be prioritized. A healthy lifestyle can be much easier to achieve then one would expect.

Making a few simple changes and being more conscious of what is being put into your body can benefit you in several different ways.

Originally posted by The American Institute for Stress: https://www.stress.org/proper-nutrition-for-teens