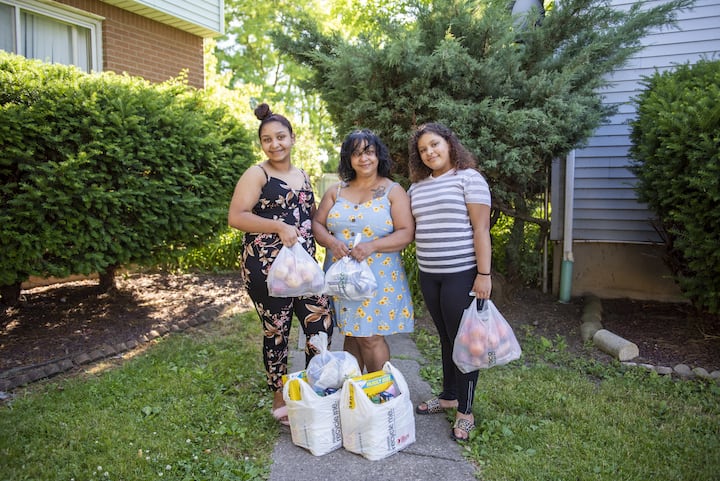 Originally written by Beth Daley expert with The Conversation

Reading, writing and math are often thought of as subjects that children learn in school. But as a psychologist who researches how families can help support learning at home, I have found that children can also learn those skills through everyday tasks and chores. One of these chores is preparing a meal – everything from grocery shopping and cooking to setting the table and enjoying the meal.

Parents can ask their children to write out the grocery list before they go food shopping. While older children can use letters and numbers – for example, “2 cereal boxes, 10 bananas,” younger children might be encouraged to draw pictures of the items their parents want to buy or to use a combination of letters, numbers and pictures.

A 2017 study found that the more parents let their children try out writing and reading letters and numbers on their own while making grocery lists, the better the children’s reading and math skills are later.

Once back from the store, parents can ask children to use their grocery list to check whether the parents bought everything on the list. This is a great way for children to practice writing, reading and math.

2. Cooking and setting the table

Gathering and mixing the ingredients for cooking or setting the table are opportunities for kids to practice math in a playful and familiar way. We found that practicing math with children during these household chores can also increase kids’ motivation to learn math.

Ask your child questions such as: Can you get five apples from the fridge? I added 4 cups of milk plus one more – how many are there in total? How many plates and forks do we need today?

Parents can use family dinner and other meals to encourage children to tell stories about their day. Telling stories about past or future events is a great way to build skills like vocabulary and story comprehension that are needed to read.

To get children to talk, parents should use lots of questions that require children to come up with their own answer rather than simply responding with a “yes” or a “no.” For example: Who came with you to the party? Where did you go with Grandma? Why were you scared?

Talking about topics that your child cares about can also help parents get children to talk. To keep the child engaged in the conversation, parents can ask follow-up questions like “And then what happened?” They can also repeat back what the child says. For example, if the child says “We went to the park,” the parent might respond “That’s right, we went to the park!” and use phrases such as “Uh-huh,” “Oh,” “I didn’t know that” and “Really?” to keep the conversation going.

4. Use the language that’s most comfortable

Parents should feel free to talk in the language they know best. Many parents might feel pressured to speak in one language - such as English – at home because this is the language used in school. However, when parents speak in the language they are most familiar with, they are better able to express their thoughts and feelings while also preserving their culture. Speaking a native language at home is not detrimental to children’s learning. When children have strong foundations in one language – such as Spanish – they can use that knowledge as a building block for learning a second language – such as English.